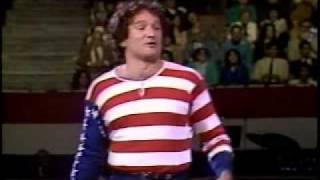 Robin Williams as the American Flag

The U.S. government operates on a system of checks and balances. Three branches of government – the Legislative, the Executive, and the Judicial – are bestowed with individual powers which they jealously guard from each other. The Judicial Branch, headed by the Supreme Court of the United States, determines the constitutionality of executive and legislative acts through its power of judicial review. However, unlike the other two branches, the power of judicial review was not

'Give me Liberty or Give me Death!'

Ignorance of Our Constitution Threatens Freedom